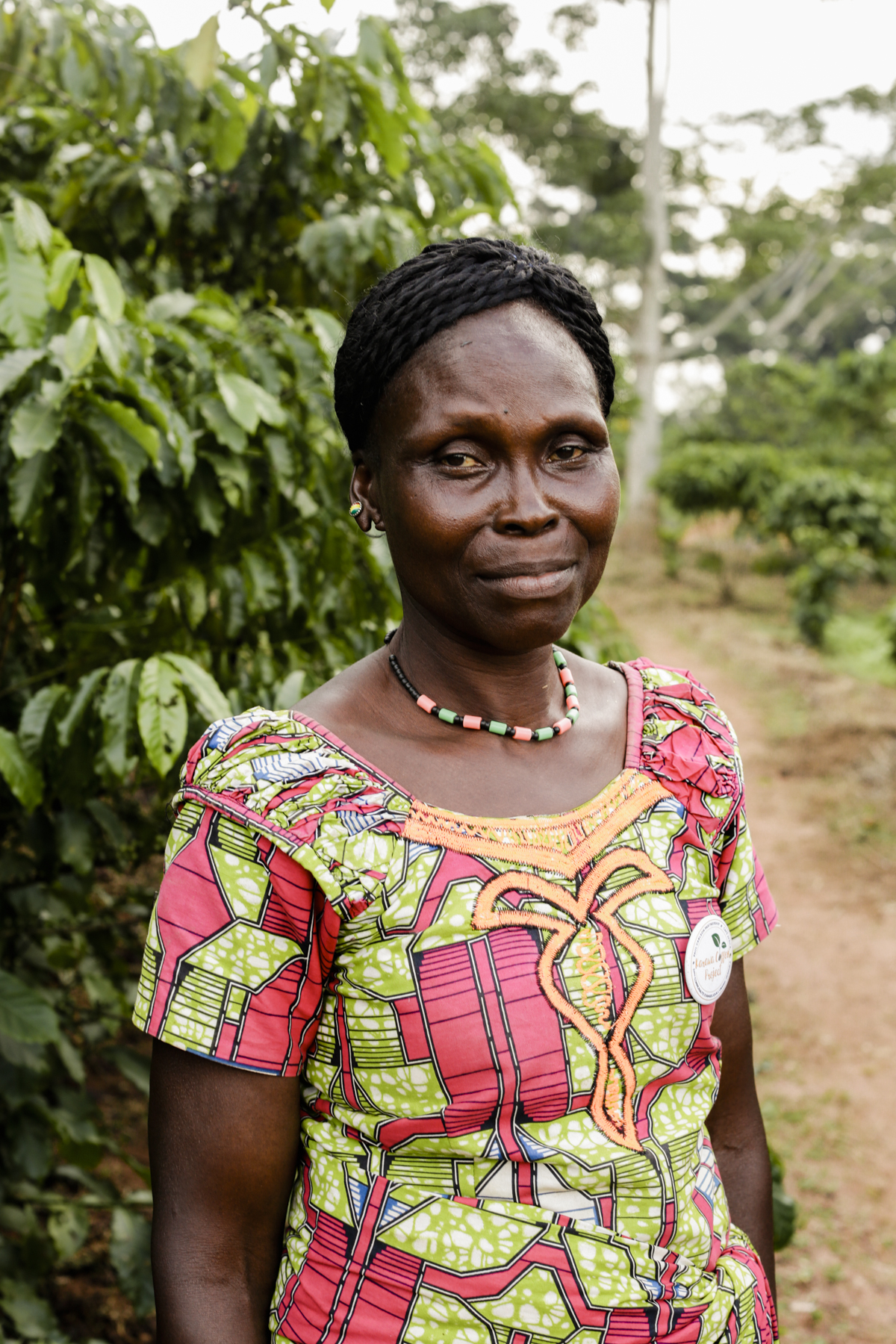 Kpoda Ngandali, a 54 year old widow for eight years, lives about 200 feet from the main road, at a path marked by a trio of round houses made of mud and thatch. Coffee plants hover over her head, some bearing bulbs of pale green, the color of young coffee cherries.

Ngandali remembers when two civil wars broke out in the Congo in the 1990s, “It was rough. We broke out and just ran into the bush.”

Conflict and instability would reign in Congo from civil wars that began in 1996 and continued into the 2000s. During the wars and their aftermath, soldiers destroyed gardens, killed livestock, and looted homes, schools, and clinics, including the Covenant hospital at Karawa.

Ngandali remembers how her father once planted coffee. It wasn’t until she heard about the Karawa Coffee Project that she could start resupplying her land with the kinds of coffee plants she once knew in her childhood.

Along with supplying Ngandali with new coffee saplings, agronomists with the Karawa Coffee Project also taught her how to rejuvenate older, fallow plants. The first of the rejuvenated plants were expected to be harvested this past fall, while the new ones would ripen a year later.

Like many other coffee producers, Ngandali intercrops with peanuts, which she harvests every year as she waits for the coffee cherries to mature. Now, as she stands before her 1,050 coffee plants, she considers the financial freedom the coffee will bring.

Ngandali lists her dreams like bullet points: to send her children and grandchildren to school, to cover her family’s medical expenses, and to set aside additional money for emergencies. As she stands alongside her daughter and two-month-old grandson she explains, “I’m happy because this is a guarantee not only for me but for my family, as well.”

If you would like to support the Karawa coffee producers, please give here. Thank you!