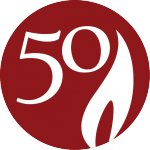 Deep in the African interior, American journalist Henry Morton Stanley “discovered” David Livingstone, the Scottish medical missionary. Stanley went on to scout for Belgium’s King Leopold a “Free State” which became the most notorious example of European colonialism. Dr. Livingstone continued to pour out his life for Africa, inspiring many, including the Livingstone Inland Mission, launched in 1878. That year, the Mission Covenant Church emerged in Sweden, sending a missionary to LIM before launching its own project in Lower Congo.

Yet “Upper Congo” is where this story takes root. Swede Titus Johnson attended Bible school in Chicago then bicycled his way across Africa to the Ubangi, where he founded the first Protestant mission there in 1923. His Evangelical Free Church sent a team to help oversee this work, and Titus returned to the States to attend medical school. Eventually, he returned to the Congo as a medical missionary. By then, the Ubangi mission had been turned over to a sister denomination, the US branch of the Mission Covenant, the Evangelical Covenant Church.

With mission at the heart of its identity – and taking care not to reduce “mission” to preaching – the ECC sent the first of its own medical missionary teams to the Congo in 1935. Health care ministry was already an old tradition in the ECC, including a Swedish immigrant hospital. By 1950, ECC missions in Upper Congo included a station at Wasolo, le coin perdu, “the forgotten corner” – a place made world-famous by another ECC medical missionary. Amid the 1964 “Simba Rebellion,” Dr. Paul Carlson refused to leave his patients – at cost of his own life.

Fifty years later, eighty years after the seed was planted, through wars, turmoil and suffering, the Gospel is well-rooted in the Congo, woven into the larger history of the church – even as the larger church shifts its center to the Global South. The Wasolo hospital remains part of a medical system now overseen by The Covenant Church in Congo, aka Communauté Evangélique de l’Ubangi-Mongala. CEUM and the ECC are woven together, too, in a common story, and working now with Congolese medical professionals is the Paul Carlson Fellowship.

Like that rejected Stone which became the Cornerstone, le coin perdu has not been forgotten.